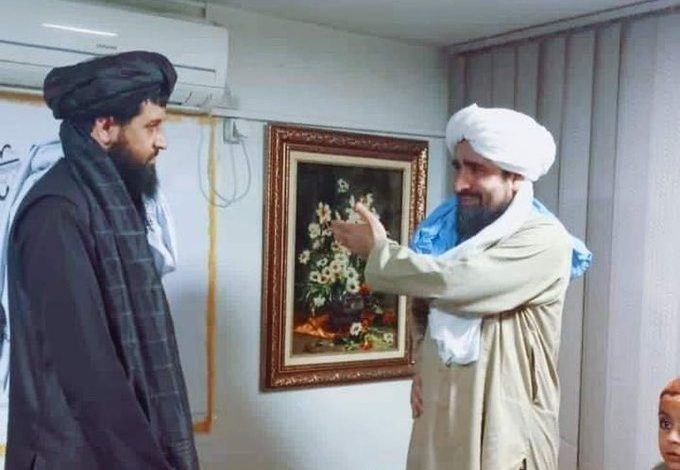 Afghan journalist Sami Youasfzai said that handicapped persons arrived at Sheikh Haqqani’s seminary in Kabul for admission and detonated the explosives strapped to his body, killing the cleric and his four other associates.

Sheikh Haqqani was regarded as prominent Taliban ideologue and known to be very close to Afghan defense minister Mullah Yaqoob and other senior leaders of Taliban government.

He had survived a bomb attack in Spin Jumat located in Peshawar’s Dir Colony, where he was teaching a class of nearby Madrassa Zubairia in October 2020. The blast had killed nine people and injured more than 90 others.

Before the Dir Colony attack, Sheikh Haqqani had survived three attempts on his life including one in 2013.

Why Sheikh Haqqani was targeted?

Sheikh Haqqani was one of the staunchest opponents of Salafism and always opposed the Salafis and Islamic State or Daesh in his sermons. Islamic State-Khurassan chapter has claimed the responsibility for the suicide attack, which killed the Sheikh Haqqani and his associates.۔

Who was Sheikh Haqqani?

He was also arrested by the US forces in 2014-15 and spends several years behind bars in Bagram prison near Kabul.

Besides, he was also a member of the Afghan Taliban Military Commission for Eastern Provinces and was head of a similar commission for the Nangarhar province.

Sheikh Haqqani who was regarded a expert in Hadith was very well known in religious circles of the Khyber Pakhtunkhwa.