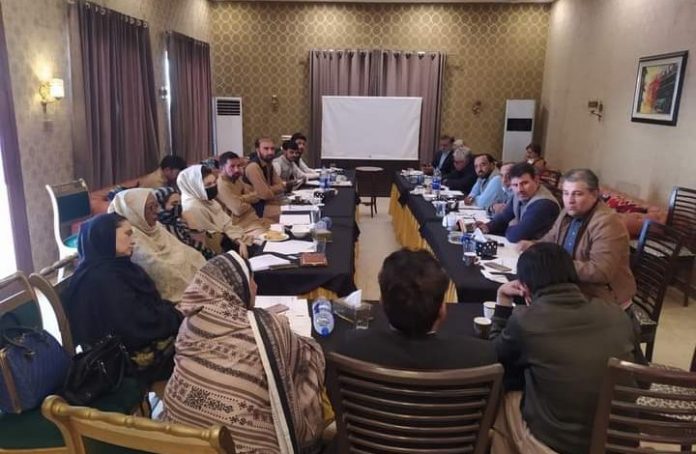 Speakers at an awareness session on tobacco were informed that there were around 29 million smokers in country and smoking caused illnesses were causing huge medical expenses amounting 1.6pc of country’s GDP.

Representatives of non-governmental organizations from Peshawar, Swabi, Nowshera, Charsadda and Mardan took part in the session. Besides Alternative Research Initiative (ARI) was took part in the proceedings. The participants at this occasion took stock of smoking situation in Pakistan and concept of tobacco harm reduction.

ARI’s representatives informed the gathering that there were 29 million smokers in Pakistan while other figures put this number at 31 million. They said that these smokers were paying huge physical and financial toll due to diseases caused by smoking. “In 2019, Pakistanis spend US$ 3.85 billion on treating tobacco caused illnesses and it was about 1.6percent of the GDP,” they said.

They said that tobacco harm reduction was a useful concept as the item used for this purpose does not have toxic chemicals found in tobacco. “Most of the tobacco caused diseases resulted from smoke and tar found in tobacco products,” they said.

They said that if smokers use alternative which do not produce smoke and only provide nicotine then they can save themselves from many illnesses.

The speakers at this occasion expressed their concerns over smokers views were not considered worthwhile in anti-smoking efforts. Besides, smokers do not consult doctors to seek help in quitting smoking. Similarly, smokers even do not know from whom to seek help while trying to quit smoking and that was why less than three percent of smokers in the country were successfully quitting smoking.

Besides, the speakers said that government can ensure easy and cheap availability of anti-smoking facilities as well making the concept of tobacco harm reduction a part of anti-tobacco policies in order to free Pakistan from tobacco by 2030.

They also called for making smokers part of anti-tobacco efforts as it would help in understanding the type of help they needed in quitting smoking and using alternative products. The speakers said that smokers’ views and requirements carried great importance under the article 14 of the WHO Framework Convention on Tobacco Control. Therefore, they said that government must be mindful to the smokers needs and opinion while framing any policy in this regard.

Besides, they said that ARI wanted immediate end of smoking, therefore, they have setup the Pakistan Alliance for Nicotine and Tobacco Harm Reduction (PANTHR). This alliance was committed to the anti-smoking efforts in the country and also supported Article 14 of FCTC.

Besides, this alliance was a platform for raising voice for modern research regarding ending of smoking both in form of nicotine replacement therapy or tobacco harm reduction.

However, the speakers also said that in order to eliminate smoking, people need to help themselves by quitting smoking as well as keeping their children away from cigarettes.

In addition to this, they said that elders should not smoke before children or send children to bring cigarettes.

The speakers said that children emulated their elders; therefore, elders need to keep themselves away in order to save minors from the ill effects of tobacco.