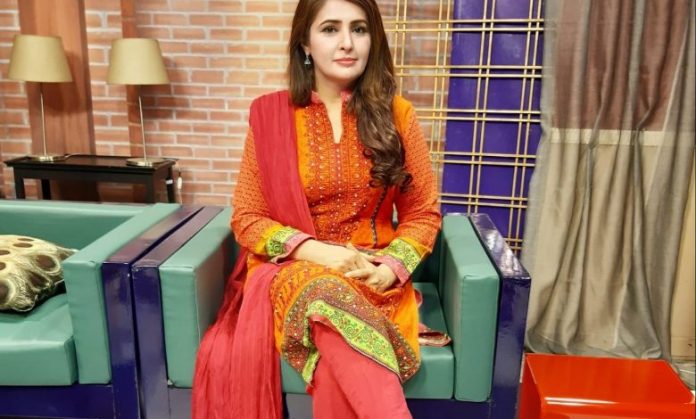 In a video statement, Ms Khan said that she belonged to Nowshera and currently living in Gulbahar area of provincial capital. She said that at around 7pm on Tuesday evening. Ms Khan said that when the attacker asked about her house, she saw him uncapping acid bottle and instead tried to close the door.

She said that the attacker rushed forward and threw the acid; however, she remained safe.

Ms Khan said that the attacker tried to force her in and the attacker emptied the acid bottle by pouring it beneath her house entrance. “The attacker later fled on a bike,” she said.

Ms Khan asked the police to provide her with protection.

Ms Khan said that she was a journalist and has worked with TV channels and currently working with a FM Radio.

On the other hand, a Peshawar police statement said that police was lodging a case following Ms Khan’s complaint.

It said that police officials visited her house and tried to check CCTV footage and human intelligence to trace the attackers.

“There would be a breakthrough in this case soon,” it said.

On the other hand, SSP operation Peshawar Kashif Aftab Abbasi directed the SP City Atiq Shah to supervise the investigation and visit the scene.

He directed to unmask the perpetrators.

SSP Abbasi also talked to Ms Khan on phone and assured her of resolving the case at the earliest.

On the other hand, Khyber Union of Journalist (KhUJ) asked the chief minister Khyber Pakhtunkhwa to take notice of acid attack on Ms Khan.

The statement said that journalists were already facing a severe economic crunch and attacks in such situation were completely unacceptable.