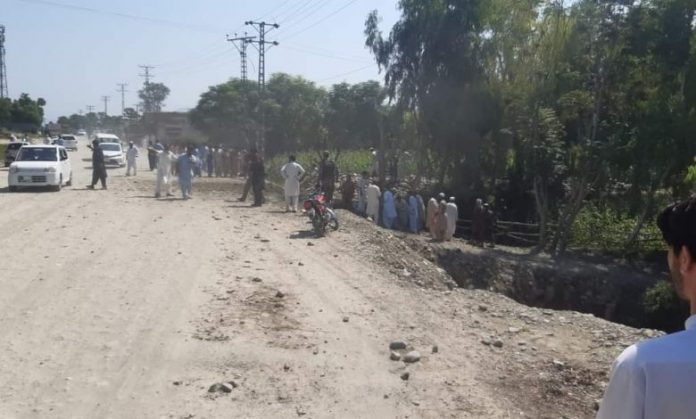 A Frontier Corps solider was martyred in a bomb blast in Bajauar district while two others were injured on Wednesday.

Separately, militants murdered three laborers who were kidnapped from the Orakzai district a day earlier.

Sources told Dawn that in the first incident a remote controlled bomb targeted security forces personnel in Yousaf Abad locality of Khar area of Bajaur district. The blast left a solider dead while two others were injured.

Local police rushed to the scene soon after the blast while the rescuers shifted the injured to district headquarters hospital Khar for treatment.

Police also launched a search operation in the area to arrest the attackers.

Meanwhile, in the second incident, unknown militants attacked an under-construction police station in Mamozai area of Upper Orakzai and took away three persons including two laborers and a cop and later murdered them.

The cop is said to be a resident of Mamozai while the laborers belonged to Dabori area of the district. Police and FC personnel launched a search operation in the area following the attack.