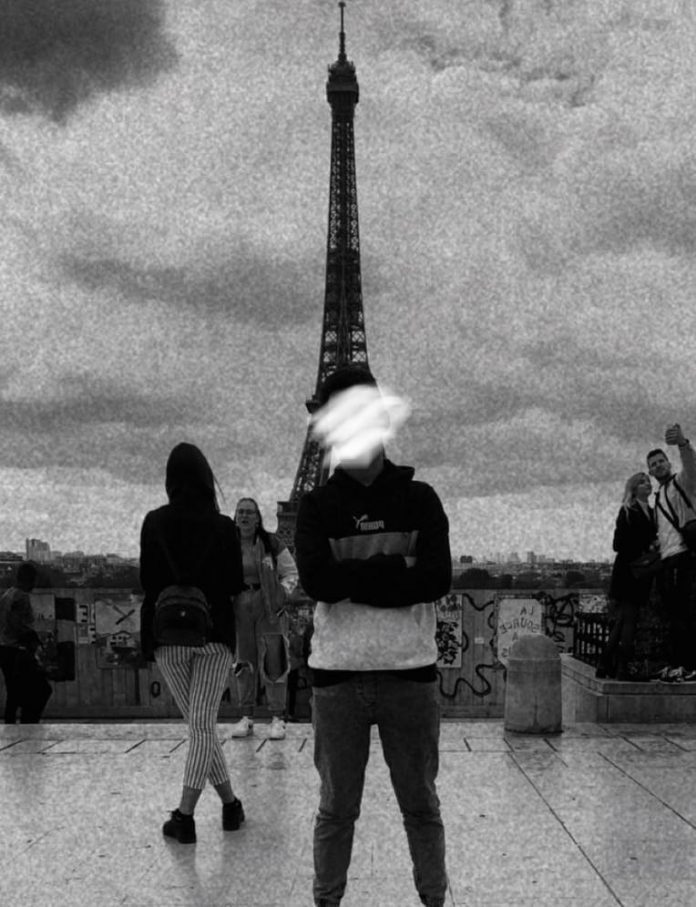 Ali was born and raised in khyber in 1998 and belonged to the ill-fated generation that grew up in the era of war and terrorism. The outbreak of armed conflict in khyber was a constant threat for the native dwellers of khyber. Since childhood he had been watching the show of everyday violence including firings, suicide bomb blasts, air strikes, and rocket attacks.

His father was very worried about him because militants used to lure children of Ex-fata to bring them into Jihadist camps.

Ali remember that “once militants came to his village and announced in the mosque that each house-owner will pay Rs5,000 each month and spare one person from house to their ranks to fight on their behalf to establish their rule over khyber.  The militants warned, if they don’t comply, the residents will have their houses demolished” Ali said.

In such a situation, Ali decided to flee his country to escape to a better life in the West. His father resisted his decision but he didn’t listen to him. He wanted to fly to Istanbul directly to avoid the desert and mountains through Iran.

Ali was 16 when he reached Turkey. it was a big cultural shock for him, he came from seeing so little, to seeing so much. He had never been outside of his country before. Turkey was already home for millions of Syrians, Iraqis, and afghan refugees whose dreams were shattered by the flames of the war.

He started work in a restaurant to save money and hire a smuggler for his further journey to France. After an year of working in a restaurant, Ali decided to leave for Italy from where he could reach France through train. He found an afghan smuggler whose family was living in peshawar. Smuggler told Ali that he had two possible routes; one is direct to Italy by sailing through smuggler’s ship which is much expensive and risky, while other is a land route  through Bulgaria. In that case he might face police’s arrest or could get detained by gangs for compensation. However, he was told, both the Bulgarian and Greece camps were equally awful.

Finally Ali started his dreadful journey. “I do not wish to recall the lethal routes from Istanbul to the Italian capital Rome. I travel around 2,000 kilometre or above distance, through Bulgaria, Serbia, Croatia, Slovenia and then down into Italy. I lost friends on the way;  some were shot dead by police on various border areas, while others lost their lives to starvation, heavy snowfall and diseases. Gangrene were developed in our feet because of the freezing temperatures. All of us were helpless and run out of food and water. Smugglers were just taking us from one point to the other” Ali said.

When he arrived in France, he knew no one whose help can be sought. “I spent three days starving at a bus stop , a passer-by gave me some rice which was the only food i had during those three days. Many days of hunger and continuous travel made me weak. I could barely walk due to fatigue. Next day a Pashtun guy came and took me to his house. I didn’t recognise at that time that the goodwill of this man would become a disaster for me forever. I had no job and source of income, the man who took me to his house offered me a work which was illegal. He was in connection with gang who used to smuggle cigarettes from Belgium to France. We just had to do two or three trips in a month to bring the cigarettes from Belgium to France and we have more than enough money” said Ali .

But several months later the unfortunate day of Ali’s life came when he was caught by police at a Checkpoint for smuggling duty-unpaid cigarettes into Paris. His other friends managed to escape while Ali was detained by police. Ali also made another mistake when he refused to reveal his friend’s names, who escaped the site, during investigation. And hence his criminal record made it quite difficult for him to obtain a residence permit in France.

He describes his present situation as the hardest time of his life. And regret his working as a smuggler. He has no way to get a legal job. “life is getting worst now, neither can I go back home nor can I stay here” said Ali.

When Ali was asked that what would be your advice as an immigrant “For God sake tell those young people don’t follow this illegal and lethal route to reach Europe if you have a good life at your home land. There are much more opportunities to come legally” he replayed.

“I just want to turn back time and choose something else in my life” He concluded.