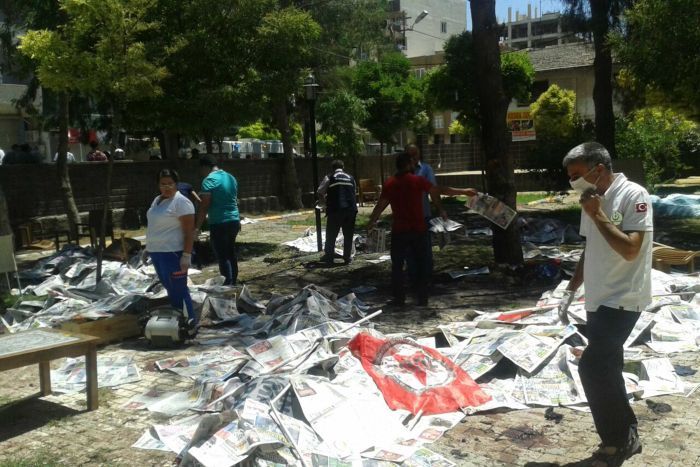 PESHAWAR, 20 July: At least 27 people were killed and nearly hundred wounded in a suicide blast at a Turkey’s cultural centre in Suruc, bordering Syria today.

A meeting of a youth organization participated by around 300 people was the target of the blast.

Media reports suggested that it was a suicide blast, blaming Islamic State to have conducted it. A number of States, including Pakistan, flayed the killing of innocent people in the blast.