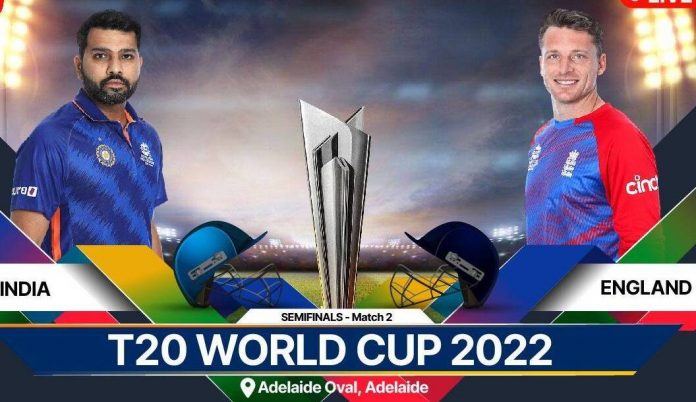 England thrashed India with a 10 wicket victory in the second semifinal of T-20 World Cup in Adelaide on Thursday.

Hardik Pandiya played a blazing innings of 63 runs of 33 balls including five sixes and four, fours. Virat Kohali also scored his fourth half century in the tournament.

For the English side, the chase came handily and both the openers stood at the crease till victory.

Alex Butler scored 80 off 49 balls including nine fours and three sixes. Butler hit a six in 16th over to drive his team into the finals.

Earlier on Wednesday, Pakistan had defeated New Zealand by seven wickets to reach in the finals.

The final will be played on Sunday in Melbourne Cricket Ground.