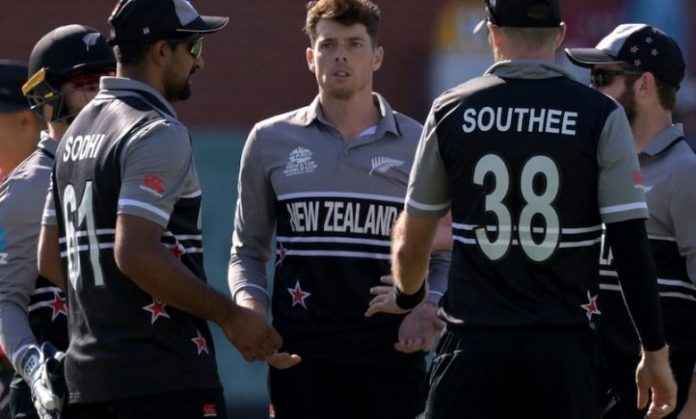 New Zealand beat Ireland by 35 runs in a T20 World Cup match in Adelaide on Friday.

Ireland had the won the toss and asked the Black Caps to bat and posted 185-6. Kiwi skipper Kane Williamson scored top 65 runs for his side while Darrel Mitchell scored 21 and not out. Irish bowler Josh Little did tournament second hat-trick and helped reducing the Black Caps to 185.

In its chase, Irish team could only made 150 runs at loss of nine wickets.

Following this win, Kiwis have also topped the point table with seven points.