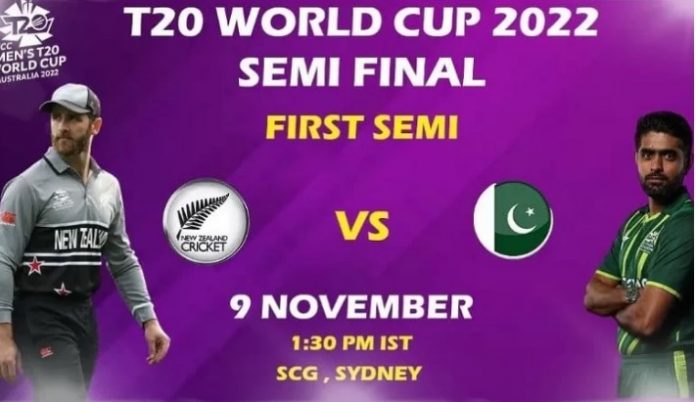 Pakistan will face the New Zealand in first semifinal of ICC T20 World Cup in Sydney on Wednesday.

Pakistani cricket enthusiasts despite their enthusiasm are also anxious about rain disrupting the match.

Though weather forecast show little chance of rain for this crucial tournament encounter between both teams and media reports put the chances of rain between 8 to 24 percent for Sydney on Wednesday. In addition to this, the sky will also be partly cloudy for the day.

Meteorologists said that the temperature will range up to 22 degree Celsius in Sydney with winds velocity of 15 to 30 kilometers per hour.

Media reports also said that Sydney Cricket Ground pitch has always been favorable to batters; therefore, both teams were likely to score higher. The team batting first is likely to total about 170 to 180 runs. However, new ball is likely to support the bowlers.

Green Shirts preferred to rest ahead of match instead of practice session; however, skipper Babar Azam practiced alone for hours. Media reports said that Pakistani skippers practiced for over an hour and half and Pakistan mentor Matthew Hayden was also present with him.