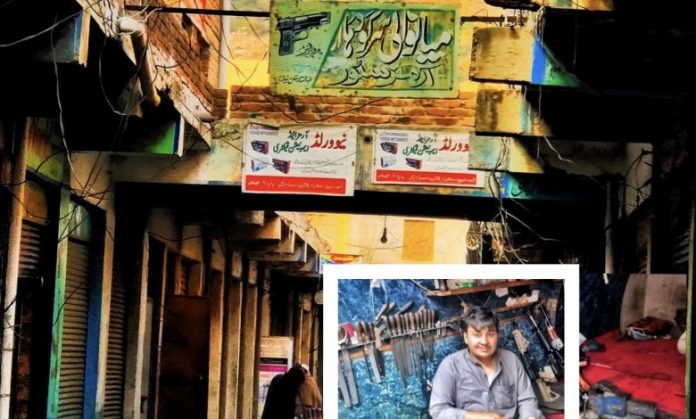 The gun making business of the Darra Adamkhel area of Kohat which prospered for more than a century is in decline.

Zeer Khan, 75, a resident of Darra said that gun making in the area was more than a century old. He said that Darra’s gunsmiths are adept at copying whatever type of weapons they are handed over for the purpose.

Mr Khan said that art of gun making in Darra has been changing from one to the next generation and even most of the district people also associated with the same trade.

“Even guns made in Darra were used to fight Soviets in Afghanistan,” he said.

However, he added that ascendency of Taliban has hit their business and people were losing their jobs due to dwindling business.

Arif Wazir, 27, a gun maker said that their business have badly suffered due to the decrease in demands for arms after the US withdrawal from Afghanistan.

Mr Wazir said that before the US withdrawal, demand for arms in Afghanistan was very high. “I am a bullet maker and large cache of bullet casing used to be brought to Darra which we used to turn into bullets,” he said.

However, he said that after the US departure, not only demand for bullets has reduced but the empty casings were also not available.

Mr Wazir said that an empty casing of Ak-47 cost Rs 2 per before the US departure has surged to Rs 20 while a pistol empty price has surged from Rs 1 to Rs 10.

Dr Syed Irfan Ashraf, a journalism faculty at the University of Peshawar said that there were other factors also involved in the decline of gun making business besides Afghan situation.

He said fencing of the Pak-Afghan border was one of the major reasons behind the slump of arms business.

“At one the hand due to region’s war economy gun making business is an informal business and other hand fencing of the border  has also created many issues,” he said.

Dr Ashraf said that the fencing of border has only some option venues left for this type of informal trade; however, even getting to those places also had its own challenges due to their remoteness and other probelsm.

Darra’s gun making business is more than a century old. Its’ initial history is traced back to turn of the 19th century, when some Rawalpindi arms dealers and Afghanistan laid the foundation of gun making in this town.

In 1901, gun marker of Darra Adamkhel used to make guns out of the parts of scrapped guns with homemade tools.

In 1902, there were only four gun making factories in Darra; however, when the import of arms from Persian Gulf around 1906 dented the local artisan’s sales, they started copying the imported arms.

English pondered several schemes to curtail the gun making business; however, the business survived them and still going on.