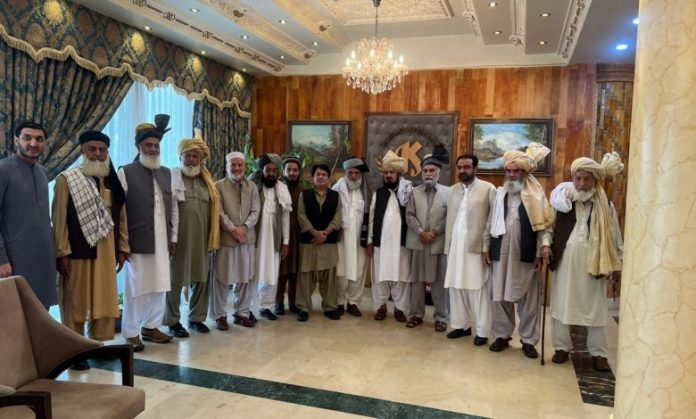 Third phase of talks with the outlawed Tehrik Taliban Pakistan (TTP), which had started earlier in May this year, has concluded.

The talks had started in May with a visit of jirga having representation from merged areas and Malakand visiting Kabul for holding talks with TTP.

The jirga had left for Pakistan on the same day when a delegation of religious clerics had returned from Kabul. The delegation led by Mufti Muhammad Taqi Usmani had spent three days in Kabul, trying to persuade TTP leadership about talks.

The News newspaper reported that the jirga members for most of their two days stay in Kabul discussed the issue of Fata merger trying to convey to the TTP that merger reversal was not easier task.

The jirga members said that they talked to the TTP regarding Fata merger, return of TTP members from Afghanistan and their resettlement in their native areas.

Earlier following the visit of religious scholars visit to Kabul, TTP had in a statement stated that they would never accept the Fata merger with the Khyber Pakhtunkhwa.

TTP in its statement thanked the ulema for visiting Kabul to meet them; however, refused to accept the Fata merger. It said that they would continue to restore independent status of merger districts.

Riftaullah Orakzai, a senior Peshawar based journalist said that both sides had placed big demands before each other. “At one hand, state is asking to end its military wing and disassociate themselves from other militant organizations and lay down arms before returning to Pakistan,” he said.

Mr Orakzai said that this was first serious such efforts in years to resolve the issue through talks. He said that despite sincere efforts for peace, TTP demand for merger reversal was likely to create many problems.

Mr Orakzai said that it would be much difficult for Pakistani government to meet this demand, given the uncertain climate in the country.

He said that the government required two-third majority to amend constitution to undo the Fata merger and in case of TTP insistence, government has to wait till next general elections

Besides, he said that all the political parties have made considerable efforts for Fata merger and they will oppose its undoing.

However, he said that usually at the start of talks, both sides made major demands; however, such demands are softened at later stages, resulting into successful conclusion of negotiations.

KP government spokesperson Barrister Muhammad Ali Saif said that he was hopeful about peace process. However, he said that they would not allow return of Taliban to merger areas without laying down their arms.

He said that resettlement and rehabilitation of TTP combatants was also a challenge.

Regarding Fata merger issue, he said that it was made a part of the KP through a constitutional amendment by the parliament.