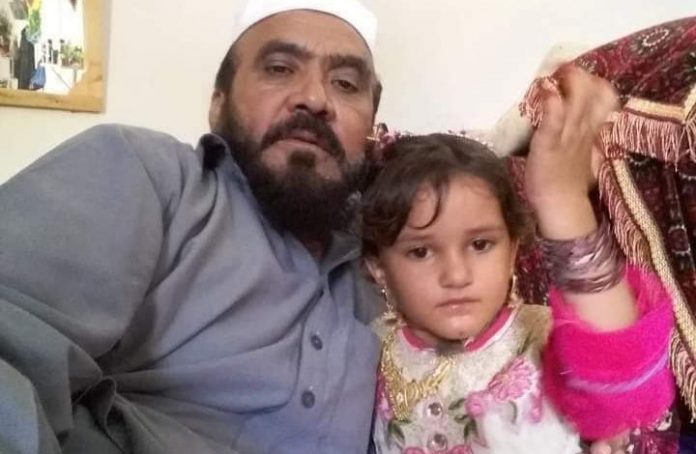 On a chilly, December 7, 2021 evening upon reaching home from office, I found my family on edge and tense.

All the family members were sitting apart from each other in a grim mood and no one even bothered to respond to my greeting. There was no response, when I tried to inquire about the reasons.

In the meanwhile, my elder brother Dr Muhammad Iqbal stepped out of his room and told me that the Subedar sahib has been attacked. The news broke like a bomb shell on my head and I felt land slipping beneath my feet. When I tried to dial my father’s number, someone told me that the Pacha (father’s nick name) was also with Subedar sahib.

My cousin Inspector Syed Gul was known as Subedar sahib in the family and villagers. Overwhelemed with grief, I stepped out of my house and dialed my father number and he in hushed tone said, “Subedar sahib has been martyred his body is with me at the hospital,” he said.

My father said that they were on their way home in a car after purchasing solar panels for village mosque from Khar Bazaar. “As soon as we crossed the FC check-post at Raghan area on Khar-Munda Road, there was shrill sound and a vehicle a fast speed crossed us,” he said.

My father said that he disembarked from the car, thinking that the over speeding car has hit our vehicle. However, when he looked at the Subedar sahib, his eyes were closed and head was tilted to a side.

“My father then in anguished voice asked the driver to turn the vehicle towards the hospital saying someone has shot at him.”

Besides, my father tried to listen to his heartbeats and tried to talk to him, but all in vain.

I hung up the phone and at around 7:30pm left for Bajaur.

Throughout the way, I tried to reason with myself that who could be behind this murder.

Subedar sahib was an innocent person. All people in our area used to talk about his honesty. He loved truth, hated flattery, corruption and bribery and then why he was murdered. Several elders called up during the journey, asking for permission to protest against Subedar sahib’s murder; however, I asked them to wait till my arrival.

In the meanwhile, I also received a video on my WhatsApp number, which my late cousin has recorded before his murder. In the video, he said that government will be responsible if something happened to him.

“A large number of police men were receiving salaries while sitting at home by bribing the officers while he was doing his duties,” he said.

My cousin was the second senior most officer in the Bajaur police. However, some police officers including two DSPs were not ready to go home despite their retirement, leading to stopping of Subedar sahib’s promotion.

The retired personnel mafia in Bajaur police is so strong that even the district police officer is also hapless in the issue. These officers allow police personnel to sit at home and in turn take millions of rupees in bribes. Those complaining against this practice are transferred to other areas.

On the other hand, senior police officials also receive their share from this income. Area’s elected representative are provided with security detail of up to 10 personnel to just to remain silent, while journalist also receive their cut for keeping silent.

Subedar sahib had challenged the mafia

Subedar sahib for his part refused to bow down to this arrangement and approached court; however, no one from the force backed him in his struggle.

Once I asked him on the occasion of his court hearing that why has taken it upon him to challenge the mafia, when there was another inspector senior to him was not doing so.

“He is no sense of honor and could not come out due to fear,” he said.

After the hearing, he was offered police guards and vehicle; however, Subedar sahib refused them and insisted that the retirees should go home and cops sitting at homes should join their duties.

Upon this, the mafia in the police department, apparently, decided to fix him. First, they got him transferred and took away his security before his murder.

The law enforcement agencies are still in dark about the identity and motives of the murderers. On the other hand, they are also not ready to divulge whatever they know about his murder.

After his martyrdom, the law and order enforcement agencies have no knowledge of the main characters. However, they do not want to reveal the information that has come to their hands. Not ready to pursue the case out of fear. Out of 40 cops, not a single policeman expressed willingness to peruse the case Subedar sahib had lodged against the retirees.

For my part, I am not saying all this due to being Subedar sahib cousin. However, I honestly believe that the security officials should consider this or else the uncertain security situation in Bajaur will continue to prevail.

In addition to this, it will further erode public health in the law enforcement agencies.