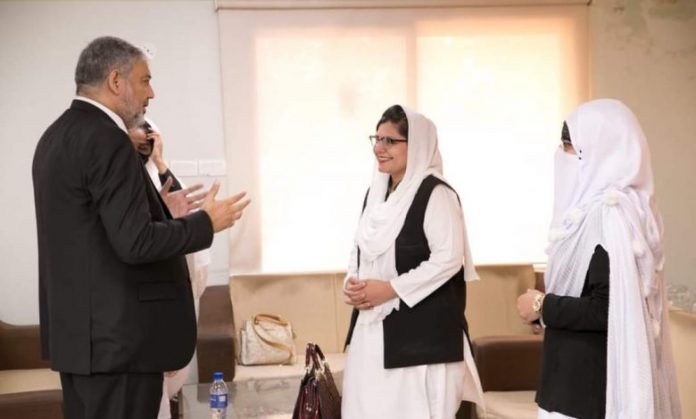 PESHAWAR: Islam permits men to divorce their wives if they believe the marriage is not workable anymore. However, very tough restrictions have been put in place in Islam on men for divorce so that they think a thousand times before going for this extreme step.

Some men while in furious mood take this extreme step, but regret it later and then they are desperate to get their ex-wife back, but the way to it is so arduous that even imagination about it makes a man shiver. In case one want’s to get his ex-wife back, then the woman will have to go through the process of Halala.

Nikah Halala is a practice in which a woman, after being divorced by triple talaq (divorce), marries another man, consummates the marriage, and gets divorced again in order to be able to remarry her former husband. But misuse and wrong interpretation of this practice is very common in our society.

Recently, a couple fought and the husband immediately gave her triple talaq, but soon realized his blunder. Then they consulted someone and arranged the marriage of woman with someone else who also gave divorce to her within minutes and then she remarried her ex-husband. It was astonishing that the woman did not observe Iddat after both divorces.

A religious scholar, Mufti Ziaullah, told TNN that there is a complete book on the practice of Halala. He made it clear that Halala, if done with the intention just to remarry the former wife or husband, is not permissible and such couple will face the wrath of the Almighty. In Islamic teachings, a woman can only remarry her ex-husband if she completes Iddat for three months after first divorce, marry someone else and stay as a wife with him and then that man divorces her according to his own choice or dies. Pre-planned marriage for divorce later on just for Halala purpose is not allowed.

If Halala is done just to feel that a man has got back his ex-wife by tampering the interpretation of Islamic teachings then such people live in deception and the relations of such Halala wife and husbands would be deemed illicit.

Eminent lawyer Azra Suleman said a woman, if seeks separation through court, can return to her husband without any procedure, but if a man divorces his wife, then the practice of Halala will come into play.

Halala is a punishment for a man for taking extreme step without thinking. Azra Suleman said she has never seen people doing Halala publicly as it brings disgrace, and those who had to do it, they do it secretly.

Now Halala centres are also functioning in different parts of the country which offer services of Halala in return for money.