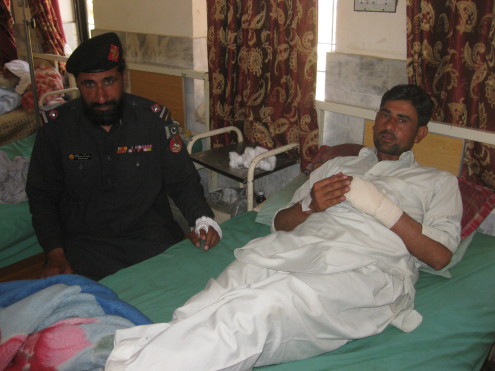 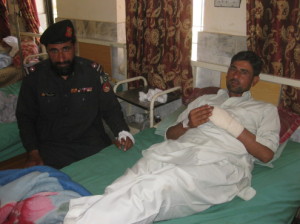 TNN correspondent says Amjad was transferred to a hospital in Peshawar due to severe injuries and the other two were shifted to local hospital in Bajaur.

The political administration arrested 15 people under the Collective Responsibility clause of the FCR.

The FCR, which stands for Frontier Crimes Regulation, consists of a special set of laws applicable to the Federally Administered Tribal Areas (FATA) in northwestern Pakistan. The Collective Responsibility clause allows the tribal authorities to punish a whole tribe as a result of the behaviour or crime of one or more other individuals.