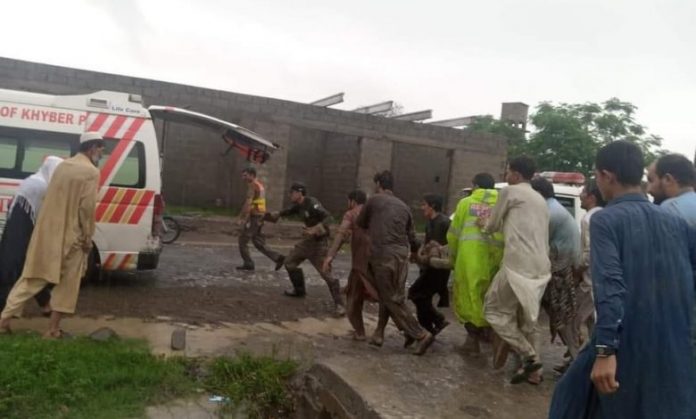 Three members of a family were killed and three others were injured in a roof collapse incident in Misri Pul area of Mardan district on Saturday.

The roof collapse took place at such a time, when a wedding was taking place in the household.

Rescue 1122 said that they pulled out the dead and injured from beneath the debris after the roof collapse. The injured were shifted to Mardan Medical Complex, where one of them, a child, is stated to be in critical condition.