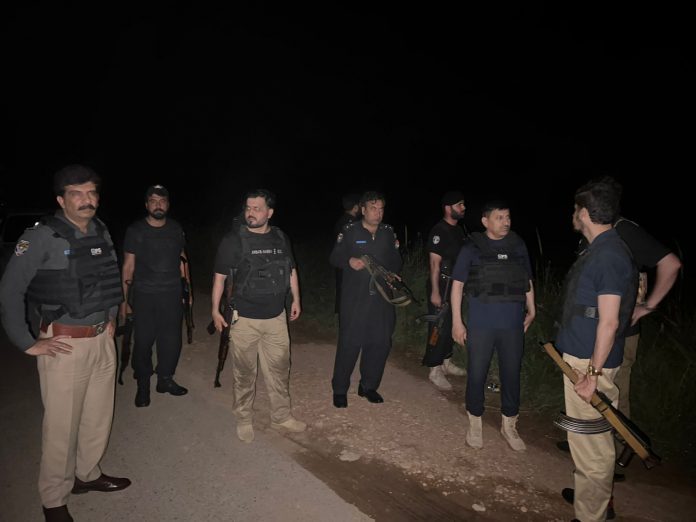 Three policemen were martyred in two separate incidents of violence in Mattani and Nowshera while two others were injured.

The first incident took place in Nawab Goth area near Pasani police checkpost in the limits of Mattani police station on the southern fringes of the provincial capital on Wednesday night.

Two policemen were martyred while police post in charge was injured when unknown attackers targeted the police patrol in the area.

The martyred were identified as Sher Akbar and Jan Ali while police post in charge was identified Nauthia Khan.

Police launched a search operation in the area following the attack.

KP police chief Moazzam Jah Ansari said Thursday that they have identified the attackers behind the last night attack. However, he did not share more details.

Another police constable identified as Awais Jan was martyred while another was injured when unidentified robbers opened fire a police rider squad in the limits of Nowshera Cantt.

The rider squad had the rushed to the area following information of criminals robbing people in the Shama Chowk area of the district.

The robbers opened fire on police personnel, when they reached the area and pursued them.

The firing martyred the constable while the other was injured in the attack.

District Police Officer Nowshera Muhammad Umar Khan visited the scene. An operation was underway to arrest the accused in the area.

It is worth mentioning here that incidents of violence and attacks have surged against the KP police over past some weeks.

On last Saturday, a policeman was martyred and three others were injured in two separate attacks on police in Nowshera and Bara tehsil of Khyber.

Sub-inspector Andaz Gul was targeted while he was on his way to office and later died of wounds at the hospital.