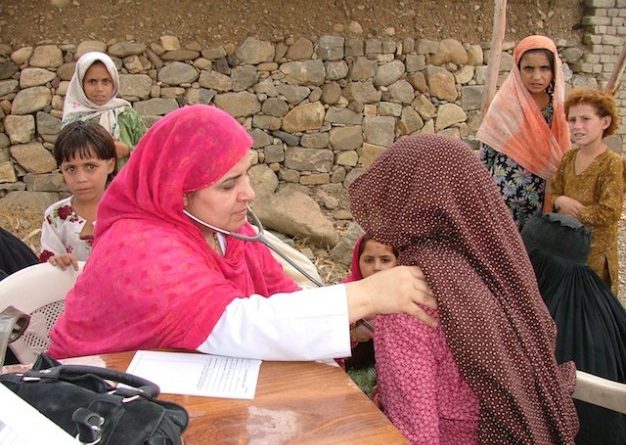 Nasir Hussain’s wife fell ill while she pregnant with her first child. Mr Hussain, a resident of Torghar carried her to district headquarters hospital Jadaba, where doctors referred her to Battagram hospital for necessary treatment. “However, her condition deteriorated even before reaching Battagram and she died on her way to hospital,” he said.

Torghar which was carved out a district about a decade ago is still without health facilities. The district still lacked a female doctor to save lives of pregnant women.

In addition to this, local hospital, both private and public, also lacked operation theater facility, which was also making incredibly difficult for women and poor to seek treatment.

Mr Hussain said that like his wife and unborn child, who died due to the absence of health facilities, many other women have died due to lack of medical facilities.

Zahid Khan Yousafzai, a resident of district headquarters Jadaba said that under the Pakistan constitution education, health and employment was among the basic rights of the citizens.

However, he regretted that they were facing extreme backwardness.

“It seems to me that we are still living in Stone Age,” Mr Yousafzai said.

He said that since the creation of district Torghar in 2011, the district has not been given health and education facilities.

He said that there were 11 basic health units in three tehsils of the district. Besides, work on the DHQ hospital launched in 2017 still going nowhere due to the negligence of the contractor and district administration.

He said that absence and poor conditions of roads, most of the families were forced to carry their sick on cots (charpoys) to the main road from where they were taken to district lone private hospital.

Many of the patients are later taken to the Battagram, Mansehra and Thakot. Many of these patients, like Nasir Hussain wife, make it to hospitals in distant cities and die on the roads.

Dr Fazal Yousafzai, the owner of the lone private hospital of the district said that they were trying to provide health facilities for the general public

He said that specialist doctors were not ready to work in remote areas like Torghar.

He said that there was one lady health worker in three tehsils of Torghar district.  However, he said that both the MPA and MNA were not locals and lived in different parts of Manshera and lacked knowledge of the district issues.

Education system of the district was also in shambles and it has lowest education ratio in the province.

In addition to this, there was no local doctor who could serve his area.

Besides, due to the absence of operation theatre, women and other patients were not benefiting from the KP Health Card scheme at both the private and public sector hospitals.

In addition to this, there were no data available women and children.

Torghar is smallest district of Pakistan and previously known as Kala Dhaka.