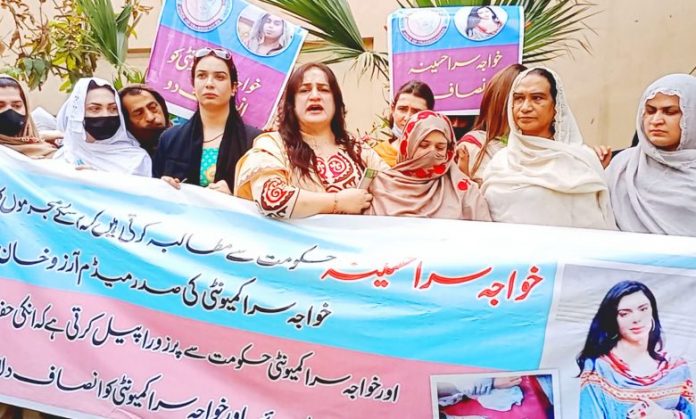 Pakistani government has announced to extend the benefit from the Benazir Income Support Programme (BISP) to the country’s transgender population.

Federal Minister for BISP Shazia Atta Marri in a social media post on December 3 stated that transgender were also part of society and taking care of them was government responsibility.

Ms Marri said that government has launched the registration of the transgender for the purpose. She said that to be eligible for the cash handouts under the programme, one must be registered as transgender with the National Database and Registration Authority and afterwards can register them with district offices of BISP.

She said that registered transgender will be paid Rs 7000 every third month and they will be alerted about the payment on their mobile phones.

The decision to extend to BISP cash handouts to the transgender community has been made at such a time when several incidents of discrimination and violence have been reported against the community.

On the other hand, human rights activists have hailed the decision and said that it will provide facilities to the marginalized community. However, at the same time they also asked for proper implementation of the Transgender Persons (Protection of Rights) Act 2018.

Qamar Naseem, a transgender rights activist and coordinator of Blue Veins said termed the decision as positive. However, he said that the numbers of registered transgender was minuscule as compared to unregistered one.

Besides, he said that poverty could not be eradicated through charity; therefore, government should allocate funds from the community in federal and provincial budgets.

Farzana Ilyas, president of Trans Action Alliance, a Peshawar based organization, also appreciated the announcement. However, she demanded its quick implementation.

She said that Rs 7000 was paltry sum; however, will help the community members in meeting their basic needs and food related expenses.

Ms Farzana said that federal and provincial governments in the past had announced similar welfare schemes; however, they were never implemented.

“Federal government should ensure implementation of this one,” she added.

This legislation provides for equal rights to the transgender persons in the country. Besides, it also provides for the health, education, justice, employment, gathering and property rights for the community members while it also lays down that the government will introduce schemes for their welfare.

Besides, those violating the provisions of act can face fines and penal consequences as well.

On the other hand, unofficial figures collected by transgender rights organization claim that 81 transgender have been killed in KP over past seven years and not a single accused has been convicted so far.