Home KP Tug of war between lawyers and bureaucracy comes to an end after...
Facebook
Twitter
WhatsApp
Linkedin
Email 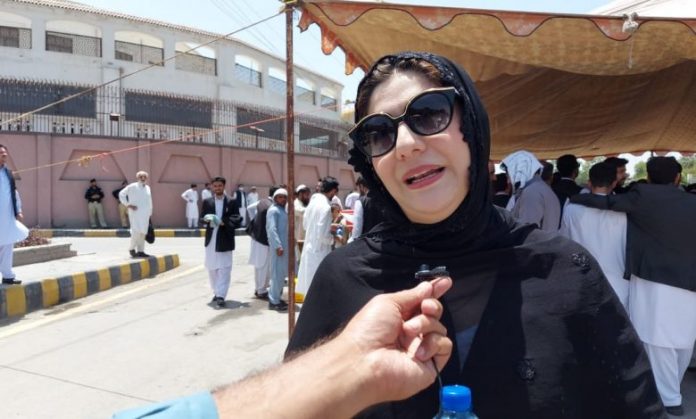 About two weeks long tug of war between the Khyber Pakhtunkhwa bureaucracy and lawyers finally concluded on a truce after suspension of the relevant official and lawyers on Tuesday.

KP lawyers were on a boycott of courts after torture of a senior lawyer Syed Ghufranullah Shah at the hands of Additional Assistant Commissioner Peshawar Aftab Ahmed on the night of June 2. On the other hand, provincial bureaucracy was also on a token strike to press government to accept their demands after lawyers attacking Deputy Commissioner Peshawar’s office.

He said that KP government has suspended the official who had tortured the senior lawyer and at the same KP Bar Council also suspended those lawyers who attacked DC Peshawar office.

Besides, KP government also assured the government employees of addressing their concerns regarding legal protections while carrying out their day-to-day duties.

Government officials were also assured a framework would also be devised to avoid similar incidents in future.

In addition to this, government also decided to investigate the issue.

He said the suspension of the said official was their first demand, which the authorities have met.

However, he added that they would not sit content with the suspension of the official. “We are demanding for judicial investigation of this incident,” he said.

He also said that they will also demand departmental action against the official.

Earlier on Tuesday, lawyers staged a sit-in in front of provincial assembly to press for their demands.

Mr Afridi said that they did not want to close roads and peacefully record their protest. He said that government did not take their demands seriously which forced them to stage a sit-in.

Regarding ending courts boycott, he said that this decision was up to the KP Bar Council to make.

The spat started at patrol pump in the Chamkani area of city, when senior lawyer Syed Ghufranullah Shah was detained after being tortured by guards of the ACC.

The lawyer said that ACC was wanted to fill his vehicle tank without turn at the petrol pump where large number of people were waiting in queue.

He said when they asked the official to not do so, his guards tortured him and got registered and FIR against him.

Afterwards, an FIR was also registered against him.

KP lawyers have since June 4 boycotted court proceedings across the province against the torturing of the lawyer, causing great discomfort to litigants.

Earlier a local court has also directed the registration of FIR against the official following a lawyers application submitted under the section 22-A of Pakistan Penal Code.

East Cantonment has registered FIR against the AAC and his five guards on the court orders.

On the other hand, AAC Aftab Ahmed has secured transit bail from an Islamabad court till June 17. The court ordered him to appear before relevant session court on June 17.