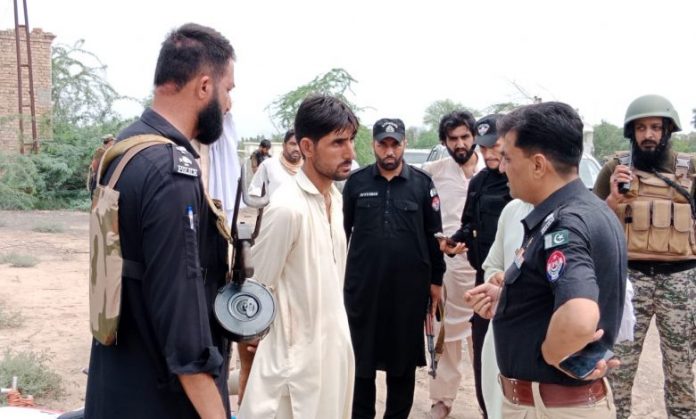 Two police were martyred when unidentified assailants police personnel guarding a polio campaign in the southern Tank district of Khyber Pakhtunkhwa on Tuesday.

Tank police spokesperson Younas Khan told TNN that the incident took place at the Kacha Garha area in the limits of Gomal police station. He said that police was looking for the attackers, who have managed to escape from the scene.

The martyred cops were identified as Nisar Betani and Pir Rehman Betani and their bodies were shifted to district headquarters hospital Tank for autopsy.

The first phase of the countrywide polio immunization campaign has been launched on Monday August 15. In the first phase, the campaign will cover Karachi, Hayderabad and six southern districts of Khyber Pakhtunkhwa.

In KP the campaigns which run through August 24 will cover the districts of Bannu, Lakki Marwat, Tank, Dera Ismail Khan, South and North Waziristan.

The second phase from August 22 to 26 will cover rest of the districts of the province.

Health authorities have constituted 273 polio teams in Tank district and deployed 1031 cops for their security.

Officials said that during the campaign, a total of 74,848 children will inoculated against polio. On the other hand, in Tank district there are 83 refusal cases, where parents are refusing to polio drops to their children.

Similarly, polio campaign in Balochistan will continue from August 29 till September 4.

Pakistan has reported 14 polio cases during the current year.

On the other hand, KP minister for health Taimur Saleem Jhagra said that recent polio cases in Lakki Marwat and North Waziristan districts showed that the polio campaigns were still lacking.

He said that unless the authorities did not overcome their shortcomings, elimination of polio was not possible.

“It shows that we have still not been successful in saving our children from being crippled for rest of their lives due to this virus,” he said.

Additional secretary health department for polio Dr Asif Rahim said that during the ongoing campaign, a total of 7.2 million children will inoculate against polio.

He said that to meet this target, they have constituted 25, 485 polio teams and police and security personnel have also been deployed for these teams’ protections.

During the ongoing year at five police personnel and polio worker has been killed in polio campaigns so far.

Pakistan is among three countries where polio virus is still endemic and has reported 14 cases during the current year, including 13 from North Waziristan and one from Lakki Marwat.