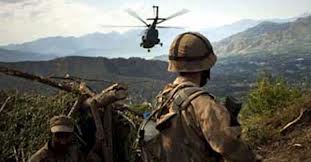 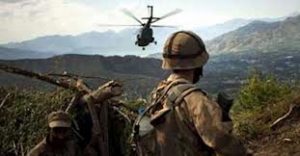 KHAR, July 16: Two militants have been killed in a joint action by the security forces and Mamond tribesmen in Bajaur Agency.

The administration officials say there were reports about presence of militants in Katkot area. Both the militants killed today are said to be from North Waziristan tribal region where the Pakistan Army has already launched military operation Zarb-e-Azb.

Ahead of the action, the security forces imposed curfew in Wara and Loey Mamond tehsils. The Mamond tribe elders have also announced to restore the peace committees in their areas and to patrol the border areas with Afghanistan.

Two days ago the security forces asked Mamond tribespeople to vacate their villages for a targeted operation. However, the Mamond elders later assured cooperation with the government and security forces and they were allowed to stay in their areas.