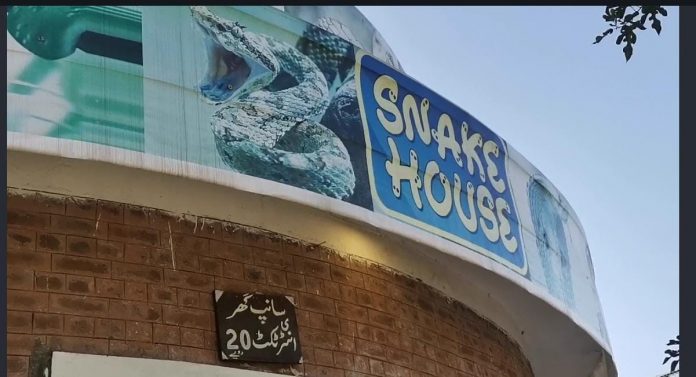 Two snakes of Peshawar zoo have died due to lack of food and water; however, zoo administration has blamed cold for reptiles death.

The zoo is home to a large number of animals and birds and attracts thousands of visitors from across the province.

Sources said that two rare snakes housed in zoo’s snake house have died due to lack of food and water. The sources also said that remaining snakes were also not faring well after weather chill has increased. They said no proper arrangements have been made for the remaining snakes.

A employee who works at the zoo’s snake house told TNN that his job was to feed and give water to the reptiles. However, he said that one of the caretakers for the snakes had gone out of city for past some days, which led neglect in the animals’ upkeep.

He said that it might have led to the death of snake. On the other hand, visitors to the zoo said that due to bad odor of decomposing snakes, no one can even enter the snake house.

A visitor told TNN that he had visited the zoo to see snakes and gleans further information about them; however, found dead snakes instead. Besides, he said that neglect will kill more of the reptiles; therefore, management should ensure their proper care.

However, director Peshawar Zoo Muhammad Niaz said that most of the snakes hibernate due to the cold. Besides, he said that it was responsibility of the contractor to take care of the reptiles and in case of death, he will add more reptiles.

Mr Niaz said that a large numbers of animals and birds have been housed in the zoo keeping the interest of citizens in view. He said that zoo provides information as well as entertainment to the visitors.