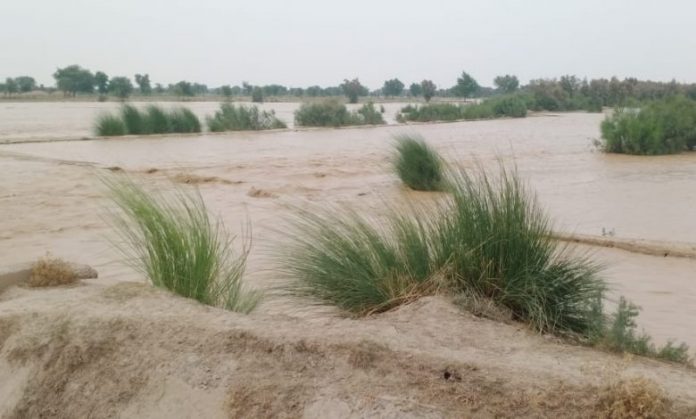 On Thursday evening, a flash flood washed away two people in Betani subdivision of LakkI Marwat district. Another person was injured in the flooding.

The dead included an eight year old child and an 50 years old man identified Iqbal Khan, a retired solider while a cop was rescued in injured condition.

Shakirullah, a resident of Betani subdivision told TNN that the victims were caught in the flooding while riding a bike to cross a stream. He said that locals elders were of the view that they have not witnessed such extreme weather in last two decades.

In addition to this, rain has also caused damages in Sarkati Machankhel, Mirazam Machankhel and Akhundan areas where houses and walls have collapsed. Local authorities have tasked officials to compile details of damages.

Similar reports of damages have been received from several villages of Ghaznikhel tehsil.

Besides, three people were injured in a roof collapse incident in Betani subdivision. One of the injured is said to be in critical condition.

On the other hand, a woman was injured in roof collapse incident in Tank district, according to the Rescue 1122.

In another rain related incident, a roof collapse trapped minor girls and their mother beneath debris in Tank district, who were pulled out by rescuers and shifted to hospital.