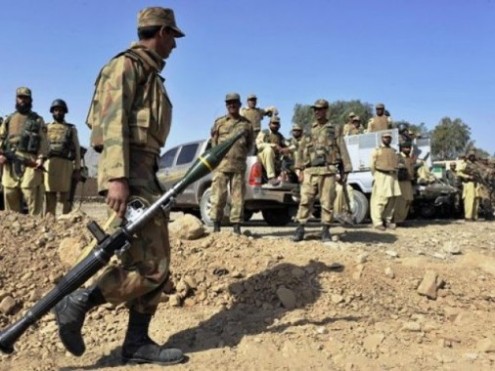 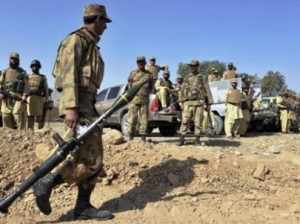 MIRANSHAH, July 1: Two security personnel were killed and one injured in a militant attack in North Waziristan Agency.

Security sources say a convoy of forces was travelling from Mir Ali to Kajorai area when armed assailants opened fire on them from mountainous areas, killing two personnel. The security forces later conducted a search operation in the area.

Meanwhile, the Inter-Services Public Relations (ISPR) says the military operation Zarb-e-Azb is in progress in North Waziristan. The Pakistan Army has taken control of a bomb making factory in Miranshah and recovered 250 cylinders filled with explosive material and 150 empty cylinders from there.