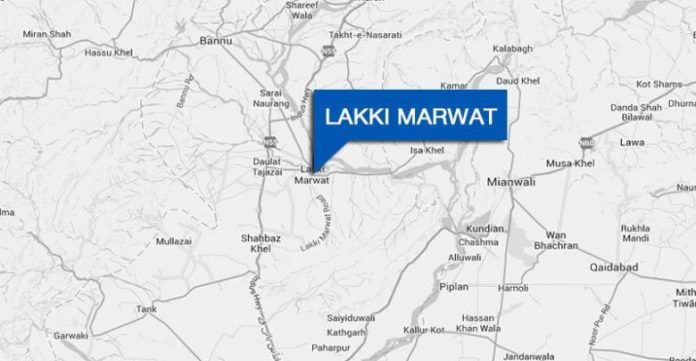 LAKKI MARWAT: Two security forces were martyred and two others were critically wounded in exchange of fire with militants in Lakki Marwat district.

Sources said that incident took place when a security forces vehicle came under fire from militants. The vehicle was headed towards a police check-post, when it came under fire.

Havaldar Chengiz and naib subedar Qasim were martyred in the attack while lieutenant Bilal and seopy Zahoor were critically injured.

The martyred and injured were shifted to nearby hospital while security forces launched search operation in the area after the attack.

Earlier on November 16, six policemen were martyred in militant attack on a police van in Lakki Marwat district.

The police van was headed to provide security to local weekly fair when militants riding bikes opened fire on it in the limits of Dhedewala police station. The attack left six police personnel dead.