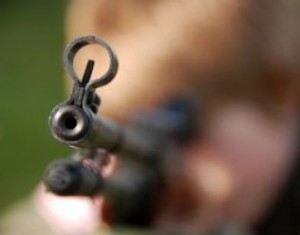 BANNU, July 4: A man opened fire on his rival group in a mosque over a rivalry, killing two people and injuring three others, the police say.

The incident took place in Kachkot area in Bannu district where Mr Nasir Muhammad of one group opened fire on Mr Amjad of the other group, leaving Mr Amjad and Mr Safeerullah dead. Those injured were identified as Mr Siraj, Mr Aminullah and Mr Muhammad Amir.

The police the clash took place owing to an enmity.