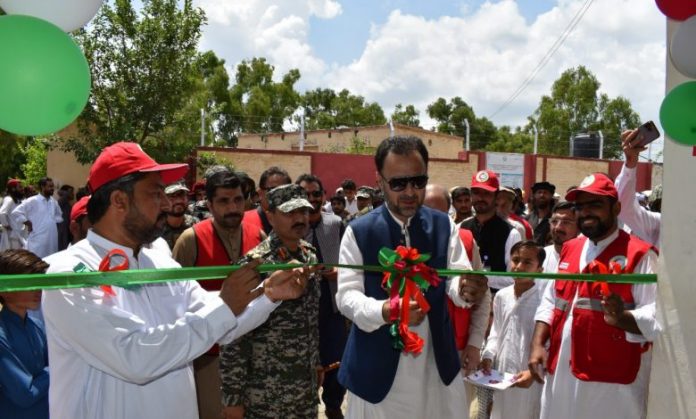 In addition to this, the PRCS has also provided modern ambulances to the health facilities. Asif Khan Mehsud, PRCS chairman for merged areas inaugurated the BHUs.

Brigadier Qasim Mahmood Shah and tribal elders were also present at this occasion.

In his speech, Mr Asif said that BHUs of Baloch Kot and Chagmalai areas have been updated and modernized as per international standards. In addition to this, he said that both the BHUs will also have maternity service as well.

Besides, he said that a new building for the Chagmalai BHU will be constructed and foundation stone fo the it has been laid.

“About 1000 hygiene kits will be distributed among the area people,” he said.

Mr Asif said that free medicine was also being provided at these BHUs besides meals while child friendly spaces will also be built soon.

The local elders thanked the PRCS for the rehabilitation of BHUs in the area. They said that opening of these facilities will save them travelling long distances for treatment.

In addition to this, they said that provision of female staff has also resolved many of their issues.