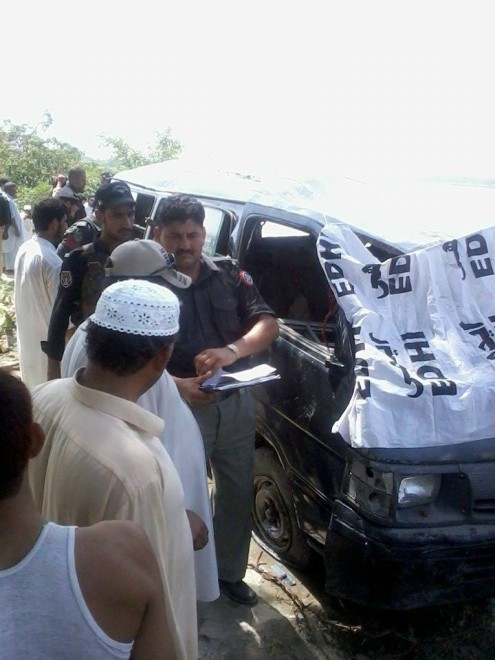 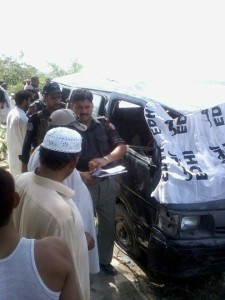 PESHAWAR, June 27: Two women and a child died while more than 10 people were recovered from water after a van fell into a river in the suburbs of the provincial capital Peshawar.

Administration officials say a passenger coach was on way from Peshawar to Mohmand Agency at noon when the driver lost control over the steering on Hajizai Bridge in Shabqadar area and it fell into the river.

Local residents and swimmers recovered the bodies. They also rescued other victims of the accident.

An eyewitness told TNN, “The driver wanted to avoid a bicycle and turned the vehicle but it went out of control and fell into the river. We rushed to the spot and recovered people from the water. However, two women and a child died because they drowned.”