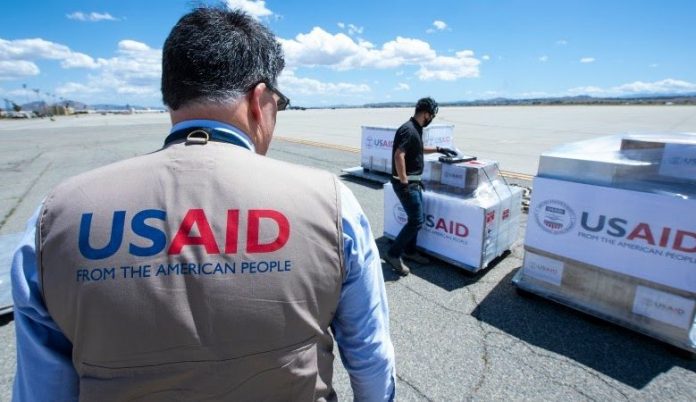 The supplies include nearly $2.2 million worth of essential life support resources, including food preparation and shelter materials, which will be delivered over the course of the coming days in approximately 20 different shipments around the country.  On September 2, USAID also deployed a Disaster Assistance Response Team (DART) to lead the U.S. government’s response efforts, which the U.S. military response is supporting.  The total amount of the U.S. 2022 flood response to date is $30.1 million, including these airlifted humanitarian supplies.

The United States remains deeply saddened by the devastation caused by the catastrophic flooding throughout Pakistan.  Our humanitarian donations are prioritising urgently needed food, nutrition, multi-purpose cash, safe drinking water, improved sanitation and hygiene, and shelter assistance.  This support will save lives and reduce suffering among the most vulnerable affected communities.  The United States will continue to monitor the crisis in close coordination with local partners and Pakistani authorities.

U.S. support for the people of Pakistan is unwavering. Our emergency flood relief aid and supplies are a continuation of decades of U.S. assistance to Pakistan, including programs designed to help prepare for and mitigate the effects of natural hazards.  These programs have included training on early warning systems, capacity building for community leaders and Government of Pakistan disaster management authorities, and restoring livelihoods to improve food, nutrition, and economic security, including $3 million in support this year prior to the floods.  Moreover, schools re-constructed with U.S. support following the 2010 floods are now serving as shelters for the communities affected by the devastation.