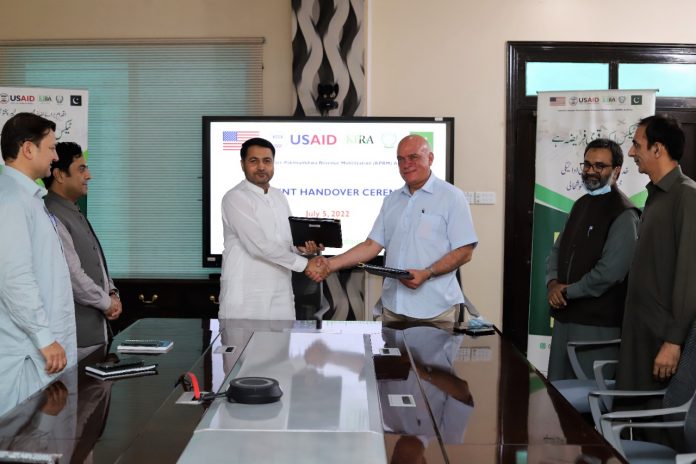 Speaking at the occasion, Director General KPRA Capt. (Rtd.) Shahbaz Tahir Nadeem thanked the USAID-KPRM team for assisting KPRA in its steps taken for the taxpayers’ facilitation and strengthening of the Authority.

“The equipment will help KPRA to provide quick and more efficient response to taxpayers’ queries and will connect the taxpayers to right officers related to their issues,” he said, adding that they hope that USAID-KPRM will continue its support with the KPRA for taxpayers’ facilitation and tax acculturation in Khyber Pakhtunkhwa.

USAID’s KPRM activity chief Temur Ahmad said that they will continue to provide support to KPRA for its strengthening and also discussed training arrangements for the KPRA staff in audit and other fields.