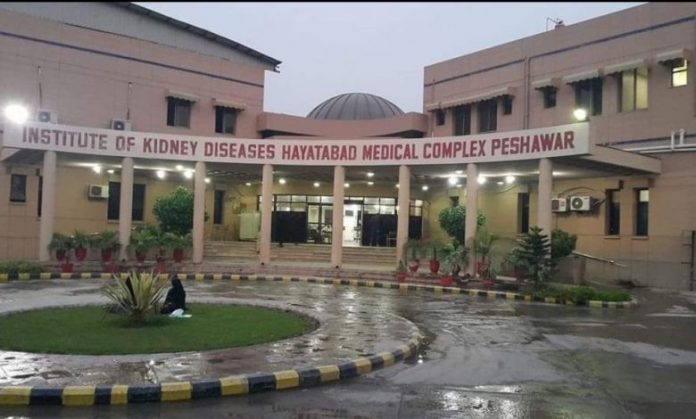 A Peshawar High Court bench was informed that the Institute of Kidney Diseases (IKD) was without a surgeon and doctors from Islamabad were visiting the hospitals for transplants as well as training its staff.

The bench comprising Chief Justice Qaiser Rashid Khan and Ijaz Anwar was informed by while hearing a petition by Muhammad Ullah, a resident of Kohat, the IKD director informed that the center had stopped surgeries during the pandemic, which remained suspended for over two years.

Besides, senior doctors working at the hospital retired and when the hospital started surgeries after the hiatus, it hired doctors from Islamabad for the purpose in the absence of in-house doctors.

The director said that currently the senior doctor from Islamabad was performing surgeries at the IKD and at the same time training the center’s own doctors.

Chief Justice in his remarks said that life of patient was of paramount importance and absence of transplant surgeons at the IKD was a critical issue. “The patients should not face problems at this center and they should also all available faculties,” he said.

A former senior IKD doctor told the bench that he was a member of surgeons’ team that had carried the first transplant surgery at the center; however, he has been sacked from his job.

To this the chief justice said that the doctors should sort out their issues and their affairs should not affect care of patient.

On the other hand, director IKD told the bench that the sacked doctor had boycotted his duties, which resulted into termination of his job and currently an inquiry was also in progress against him.

Chief Justice at this occasion said that doctors and nursing staff were not allowed to go on strike. “How it is possible for doctor a close down a hospital and go on strike,” he questioned.

The court directed the IKD counsel Masnoor Tariq to take up this issue with center’s board of governors and in case of failing to sort out these isusues, BOG chairman should himself appear before the bench.

Chief Justice also said that it was not difficult for them to form a commission to look into these issues.

The bench also directed the director IKD to present the senior doctor’s sacking notification in the next hearing.

Ajmal Khan Advocate, the counsel for petitioner said that there was no specialist working in the IKD for quite some time and it was affecting patients.

He said that Dr Saeed Akhtar, a senior transplant specialist from Islamabad visited Peshawar along with his 14 members’ team to perform surgeries at the IKD.

He said that in this situation, even critical patients have to wait for visit of doctor from Islamabad. Besides, he said that the doctors was checking patients online and was also training doctors online.

The counsel questioned that whatever was happening to the health system was beyond comprehension. He said that at time at one hand, medicines were very costly while on the other hand, they were not even available for public.

He said that Panadol which was extensively used throughout the country has become several fold expensive and was not available at medicine stores.

The counsel also said both the provincial and federal government were unmoved by the plight of general public.