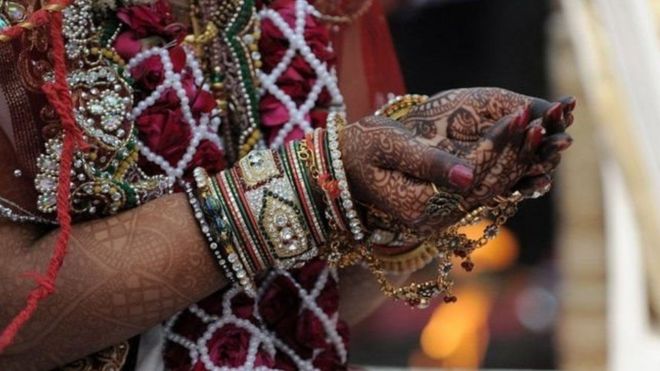 Sumera, 22 belongs to Orakzai district and his father had borrowed money from someone and after failing to pay the amount instead sent his 13 years old daughter to work at his creditors’ home.

She fled the creditor’s home two months later to escape their maltreatment and refused to go back to them.

However, her bad days were far from over as her father gave her in marriage to a 40 years old man for a petty sum of Rs 500,000 as ‘walwar’ or bride price.

Sumera’s husband was also a patient of hepatitis. Besides, Sumera had to live with a man twice her age and indignities her other wife heaped on her.

At last she was forced to live alone where she also had to struggle with the upkeep of her two children.

Her husband on the other hand was neither interested in taking care of her needs nor in the upkeep of his both children.

Who is to blame for Sumera’s woes?

One is forced to think who is responsible for Sumera’s woes, whether it was her father who gave her away in slaver to settle his debt or the creditor who mistreated a minor after accepting her as maid or the aged man who married a young girl while having a wife.

Most of the people have nothing to do with how Sumera and her children are spending their lives and what lengths she had to go just to take care of her children.

However, the same people pay attention to when and where she goes and when she returns.

Walwar is cancer of Pashtun society

However, Sumera story is not just one of its kinds; rather, similar stories are all around us. Walwar or bride price is ill of Pashtun society, which was practiced even in these times among many tribes of Afghanistan, Baluchistan and Khyber Pakhtunkhwa.

In this practice, the bride is sold for fixed price.

There has little changed if we think about the past, when slaves were traded in open markets, as the centuries old practice of selling girls was still being practiced.

Walwar or bride price is reminiscent of dark ages as a custom.

Walwar like practice usurp all rights of a female and she turned into maid. She lives her life within too many confines and many a girls silently bear this torture.

Among Pashtun tribes who are proud of their culture and consider it close to the Islamic teaching, taking place of such a practice is no less than a travesty.

Most of the buyers of the women are old rich males who are interested in marriages. They could also be someone who could not get married earlier and use their wealth to take advantage of other family problems and thus end up marrying younger girls.

Besides, the darkest aspect of walwar is that the buyer’s age, physical strength and character is altogether paid no attention and the only attention is paid to his wealth.

To me burying one’s daughter alive and selling her for money are just same things. A father is burying her daughter alive, when he is betrothing her to an elderly for some money.

The girl subjected to this inhuman practice must be thinking that it would have better if her father had buried her alive at her death.

We should discourage this inhuman practice.