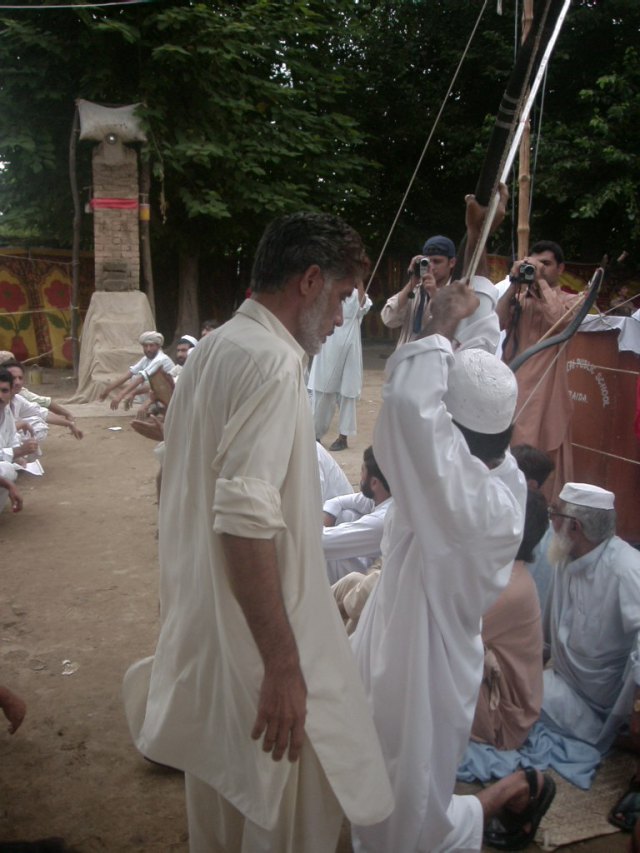 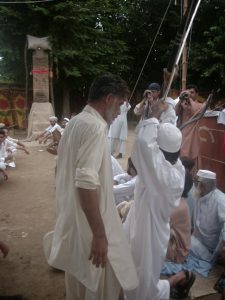 
PESHAWAR: The crowd of villagers are all eyes as a ‘mukhwal’ takes aim by pulling his slingshot amid a pindrop silence. Soon afterwards, young men plunge into dancing to the beat of drums – a signal that the arrow has hit the target.

Scores of ‘mukhwals’ (Mukha players) dream of participation in Olympic games while sitting or working in their fields in Mardan, Swabi and other districts. However, their dreams seem to be far from coming true owing to the government’s disinterest in promoting Mukha although best players of the game are available in the country.

The rumour has it that ‘Mukha’ or ‘Makha’ – a traditional sport very much like archery – is hundreds of years old. It is popular in Mardan, Swabi, Buner, Charsadda and Lakki Marwat districts in the North-west Frontier Province of Pakistan.

In the past, archery was used as a tool in wars. However, with the passage of time, modern weapons and arms were invented and the archery has now turned into ‘Mukha’ game, which is played in Pashtuns-inhabited areas of Pakistan.

The slingshot, called ‘Leenda’ in local dialect and used in Mukha, sells for Rs8000 to Rs10000 and is made in Bajaur Agency. The slingshot is made from the horns of ‘Markhor’ – a wild goat found in plain forests and forested mountains. The horn of a single ‘Markhor’ is enough to make just one slingshot, while the arrows are brought from Lahore city (Punjab province).

Every player has a colleague who prepares target for the shot and the player would not be able to hit the target if his designated colleague is not available to set the target.

There are 10 players in every team, in addition to two spare players who play the game in case anyone from the regular players is unable to play or if their slingshot develop fault.

Mohabbat Shah often thinks of international games while watering his fields in Chapalabad area of Mardan district. “We [players of Mardan] spent Rs25,000 on the recent Mukha tournament held in the year 2008,” he complains, “the government should financially support this game like those of cricket and hockey.”

He says he at times watches archery in international tournaments via television. “At international level, they use various types of bows. However, we have the same type of slingshot in use here for years,” he added.

He informed that there are around nine Mukha teams in Mardan, including two teams of Shamozai, one Chapalabad, two Babozai and one team of Mian Khan Sangau.

Darul Hussain of Mardan is known as a top mukhwal as he hit the target 100 times consecutively during the last tournament held in 2008, said: “I learnt playing Mukha in my tender age while watching the games played at hujras in our village. Our elders consider it to be a honour that their youths are skilled in Mukha,” he said.

Ahmad Kaka, an octogenarian of Swabi district claiming to be an old mukhwal, recounts the sine qua non for Makha sport: “It requires stamina. When you pull the slingshot, you must stop breathing for a moment for the shot or you will miss the target.”

He said hard work and practice held the key to participation in the Mukha. “Every player and team tries their level best to win the tournament and some people even approach spiritual healers for amulets to ensure their teams’ win,” he said.