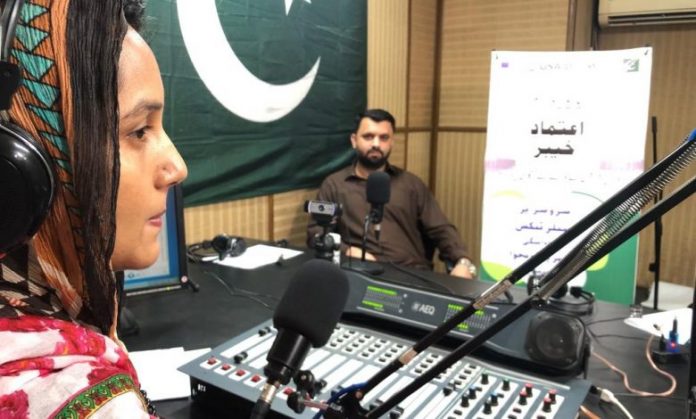 Khyber Pakhtunkhwa Revenue Authority (KPRA) officials while many organization were collecting taxes from the province but the sales tax on services collected by the authority was being spent on development of the province.

To raise awareness regarding the sales tax on services and its collection, KPRA has launched a campaign with the assistance of USAID funded KP Revenue Mobilization Programme (KPRM).

Assistant Collector KPRA, Imran Ahmed said that the authority collected tax on services in the province, similar to taxes collected by the excise department on vehicles and properties.

Besides, he said that deputy commissioners’ offices also collected taxes for the provincial government.

Mr Ahmed said that the currently KPRA has no agreement with the Federal Board of Revenue (FBR) to recover sales tax on services collected by it. However, in case of paying sales tax to the FBR, the taxpayer needs to write an application informing the board about the erroneous depositing of the tax, which should have originally gone to the KPRA.

He said that collection of sales tax on services was an automatic process, wherein service providers themselves paid the taxes through their unique identity numbers. “This directly goes into province’s kitty,” he said.

He said that initially there were many issues in the collection of sales tax; however, the situation has improved as most of the people came to know about KPRA.

“FBR usually returns the amount paid to them if it is established that the tax has been collected by mistake,” he said.

However, he said that there was no services tax on chairs and air conditioners; however, when the same things are transported to other places, then the service tax would apply to it.

Besides, he said that the KPRA also used panaflexes, hoardings and radio programmes in its communication campaigns besides arranging training workshops for the taxpayers.

He said that under the KPRA law, record of any taxpayer could be checked. Mr Ahmed said that similarly FBR could also check five years record of a taxpayer.

“We usually strive to persuade service providers regarding payment of their taxes and in case of failing to do so, resort to legal actions,” he said.

Mr Ahmed said that payment of taxes played crucial role in the development of country and province and taxes thus collected were used to benefit public through initiatives like Sehat Card.

However, he said that there were no KPRA tax on sale and purchase of land; however, there was service tax when a land was used for construction of buildings.

Similarly, there were KPRA taxes on use of buildings as well.

Besides, he said that KPRA collected most of its taxes from telecom, construction, security agencies, transport and withholding agents. However, he said that there was need of more work on some other sectors.

He said that KPRA has collected Rs 32 in sales tax last year and it showed the dedication and sense of purpose of authority’s staff.

Besides, he said that people were also responding positively to the KPRA’s drives to enlist more taxpayers. He said that Sehat Card Plus health insurance programme was also result of taxes collected by the KPRA.

Mr Ahmed asked the service providers to honestly pay their tax as it was used for the benefit of the public.