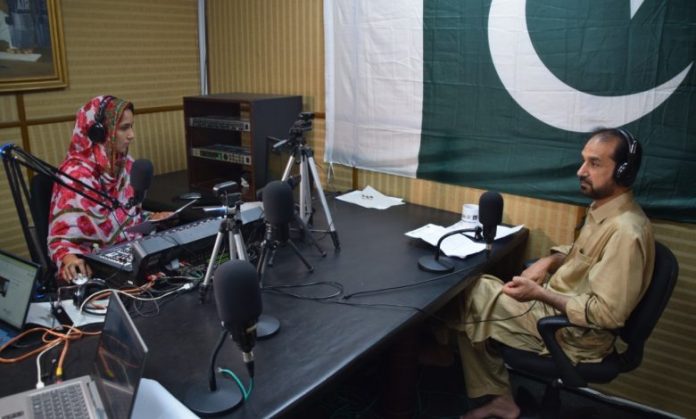 Khyber Pakhtunkhwa Revenue Authority (KPRA) officials are of the view that the withholding agents were playing crucial role in province’s development.

Withholding agents are those who collect tax from the consumers and deposit it government treasury.

KPRA has initiated a campaign with the assistance of the USAID funded KP Revenue Mobilization (KPRM) programme to increase the registration of taxpayers with the authority.

Director Legal KPRA Aftab Ahmed said that withholding agents are in reality services providers. He said that whenever a hotel, hospital, beauty parlor or any other establishments provide a consumer with any service, they also collect a tax for using those services.

Mr Aftab said that the withholding agents directly deal with the customer and sales tax was also collected from the consumer.

Besides, he said that countries cannot run without taxation and paying taxes help in running the system. Mr Aftab added that the taxes public pays to the government was used on development projects including schools, colleges and roads.

He said that often public questions that how they can be sure about taxes being deposited in government treasury; however, added that this question was also raised in the developed world as well.

Mr Aftab said that to ensure this the customers must get printed receipts from the service provider.

He said that KPRA imposes five percent on those service providers who collected tax from customers but did not deposit it in government treasury.

In addition to this, default surcharge is imposed on them, which keeps growing till the payment of the fine.

Besides, he said that the companies are also benefited due to having NTN number as when withholding agents when made purchases they do not have the pay the tax, which they otherwise, have to pay in case of not being tax payer.

However, he added that the withholding agents must be registered with the KPRA. He said that in case of a company they would have explained on stamp paper while making a purchase to get an exemption from KPRA taxes.

Currently, Mr Aftab said that there were 700 withholding agents in the province and the authority from time to arranged training workshops for them.

In addition to this, in case of service providers having problems in withholding statements, tax facilitation centers helped them.

Besides, officials also contact them to resolve their problems.

“KPRA arranged 36 training workshops in 2021-22 where they learnt how to make a withholding statement,” he said.

At times, he said that there clerical mistakes involved in tax declarations and withholding agents can submit an application for correction. “KPRA then reviews the issue and in case of additional tax, the authority adjusts the amount in the next year,” he said.

However, he said that withholding agents were running their own organizations and KPRA usually does not arrange regular meetings with them.

“If they are having some issues, then the authority calls a meeting to resolve the issue with the withholding agents,” he said.

Mr Aftab said that highest numbers of withholding agents were in Peshawar as most of the government agencies and companies were based here. Hazara division stands second and Rs 2 billion were collected there over a period of seven to eight months, he said.

Mr Aftab said that KPRA was trying to increase the number of withholding agents and to this end they visit different organizations. Besides awareness campaigns, they also contact people over phone and it is technical process; therefore, we are paying much attention to training, he said.

He said that the KPRA system was online and the authority was striving for bringing more transparency in its operations. Mr Aftab said that KPRA website also contains all the details.

He said that for the registrations they run awareness session three times. In addition to this, they also try to persuade the withholding agents and in case of resistance, authority takes action against them.