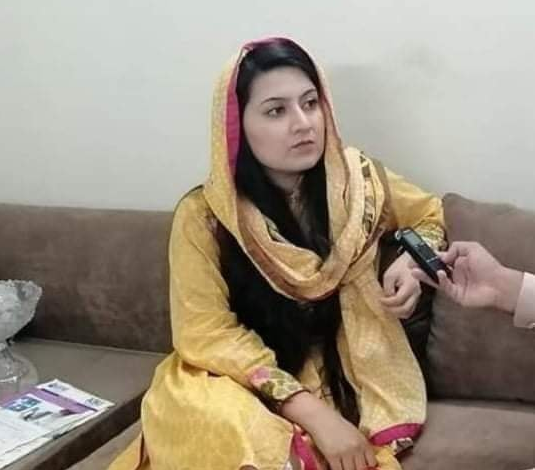 Talking to media persons after attending a discussion in Peshawar organised by Zamong Juand titled Women Jirga System in Merged Districts, Wafa Wazir said a lot of time was spent by women in darkness and backwardness, but now time is changing fast and her organisation has decided to be among the first to establish women Jirga system.

Wafa Wazir, who hails from Mir Ali area of North Waziristan, said she is making efforts to resolve the issues faced by women through women Jirga. She said the problems associated with woman are generally ignored, but now is time to change the equation through local women. She said some tribal elders are not cooperating, but she is determined to change the mindest and empower the women. She said women can better understand the problems of other women that is why the idea has been floated. She said she was confident that the government and civil society will extend full cooperation with her organisation in establishing women Jirga particularly in merged districts.

Shaukat Yousafzai while addressing the function said our religion has given special status to women, and they should participate in decision making and advocacy forums to protect their rights. He said the KP government is also making efforts to empower women keeping in view their position in social edifice.

Shaukat Yousafzai said record legislation has been introduced in KP to address core issues of womenfolk and to make them useful part of the society. He said that participation of women in advocacy and decision-making forums would pave way for their development and progress. He said the KP government will support every idea to empower women.

The minister also appreciated efforts of Zamoong Juand and said that their recommendation for women facilitation would be considered by the government.