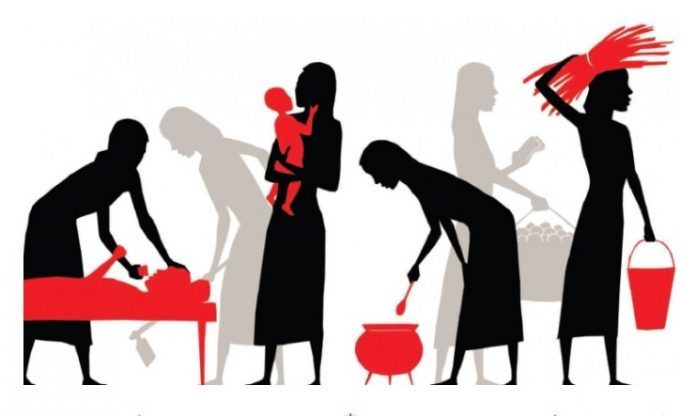 Instagram is one of very popular social media platform nowadays. It keeps people fully engaged. Yesterday I saw a famous American journalist’s Instagram reel in which he was changing his baby’s diaper. His wife is also a journalist. I was more interested to go through the comments from fans on it than the reel itself. I wanted to see if  by taking care of his own child would lead him to usual praise of what an ideal husband he is who is helping his wife or if it would be considered his responsibility like women’s.

Tell me, what was the first thought that came to your mind?

The thought that came to my mind was, does a man have to help his wife by taking care of his own child? The child belongs to both of them and both of them work, so why is this medal of distinction being given to the man?

It is not called to support the wife but to nurture your own child, which is the responsibility of both parents. It is important to understand the difference between cooperation and participation.

You have generally heard that man and woman (husband and wife) are two wheels of a car. If even one of the two wheels is damaged, the vehicle cannot be driven.

But the bitter truth is that in our society, women also do household chores, take care and nurture their children. But on the contrary, the man only takes the responsibility of doing the job. Helping a woman in household chores seems against his honor and ego. And if he does it, it will be called helping.

How can responsibilities be important or unimportant based on gender when the truth is that women work longer hours than men. A man works for eight hours, a working woman is also doing housework along with eight hours of professional responsibility.

Housekeeping is a herculean task for a man

When a woman comes home tired after working all day, she must do her household chores. She gets busy taking care of her children and husband. If a man has to do household chores in such a busy situation, he feels ashamed of that too. For example, if a man changes his own baby’s diaper once a day, he will be praised as if he has accomplished a feat like entering a world record.

Why is work considered only as a woman’s responsibility and not as a man’s responsibility? If he is helping his wife with the children or household chores, he is not doing any help or favor but fulfilling his own part of the responsibility. Because a woman does not bring a neighbor’s child home whose diaper is being changed by her husband as if he is doing a favor to someone. It is his own child.

What is meant by Uxorious?

If a man indulges in household affairs, people start making fun of him by calling him uxorious or a slave of wife.

It always both amuses and saddens me how people glamorize a man’s inaction and on the other hand, sneer at the opposite, of being useful.

If its economic importance is added to household chores, will these people still make such a joke?

I consider such thinking of people to be low and outdated, according to whom a man becomes uxorious by helping his wife in household chores. He has to listen to such taunts. Therefore, to avoid these taunts, a man is forced to refuse to help his wife in house chores.

Think how much more economically stable women could become if they started getting paid for household chores with jobs. But she considers it her responsibility.

So, taking care of one’s own house or children is also included in the responsibilities of a man. If a man carries a glass of water in the house or makes a feeder for his child, there will be no loss of respect for him, but he will be called a man who fulfills his responsibilities.

It is better to be an efficient man than to be an ineffective man.

Do you want men to help women in doing household chores and divide their work equally?

Ranaz is a teacher and exam controller of KIPS College Mardan and also blogs on gender and social issues.